Sign the petition
117.368 signed this petition
Watch the investigation

One of our undercover investigators was hired on a farm that rears pigs for the production of DOP (Protected Denomination of Origin) ham, considered an example of “Italian excellence” and also exported abroad. Using a hidden camera, he documented repeated cruel behaviour by the workers, the brutal killing of piglets and the widespread administration of drugs. The images and footage have been submitted to the competent authorities in order to lodge a complaint against those responsible.

The images show violence and abuse by the workers while they are moving the animals, who are hit repeatedly on the muzzle with iron bars, chased and grabbed by the ears, dragged for metres along the concrete and finally thrown to the ground. Even sows and piglets are not spared violence. A sow imprisoned in a farrowing crate is kicked, while piglets are literally thrown into a wheelbarrow and in some cases trampled on by the workers’ boots. On several occasions, the investigator also witnessed the killing of sick or weak piglets using hasty methods that are painful for the animals.

Also dramatic are the images showing mutilations such as systematic tail-cutting and, in the case of male piglets, surgical castration. These common operations on farms are carried out on pigs of just a few days old, without the use of anesthetics or pain relief. Some sows enclosed in gestation crates have infections of the reproductive organs, probably a consequence of the continuous births induced by artificial inseminations. Another common practice on factory farms is the widespread use of antibiotics. On this farm, these drugs are given to both piglets and sows in large quantities and without the supervision of a veterinarian.

After years of investigations, we know that these images are not an exception: all of this happens on farms every day behind closed doors. You can help these animals every day, choosing to keep them off your plate.

While they are being moved, the animals are kicked, hit with iron bars, dragged by the ears and thrown to the ground. 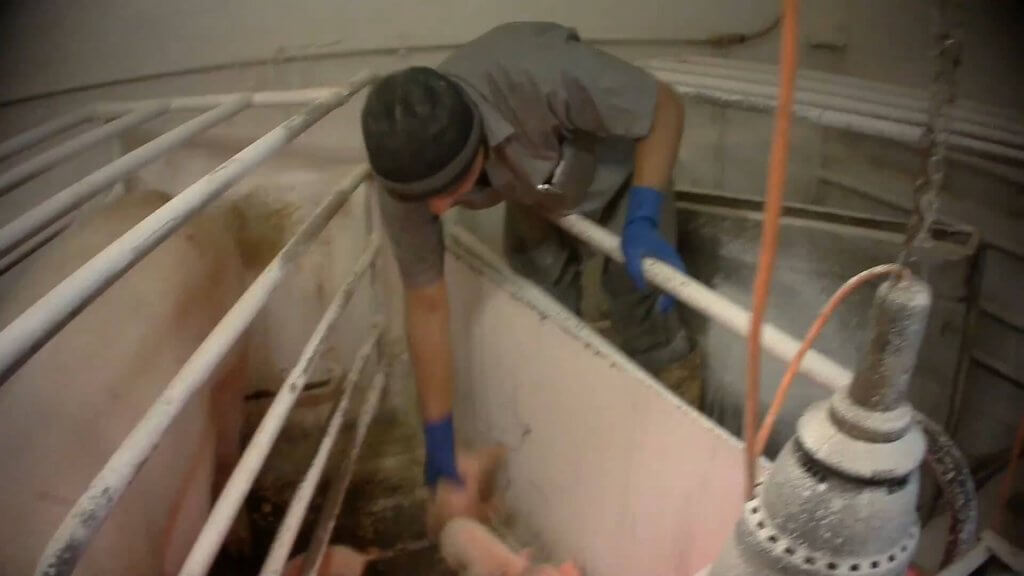 On several occasions, the investigator saw workers kill weak or sick piglets by beating them on the ground repeatedly. A brutal killing that is not an isolated case, but standard practice on this farm. The piglets die after interminable agony. 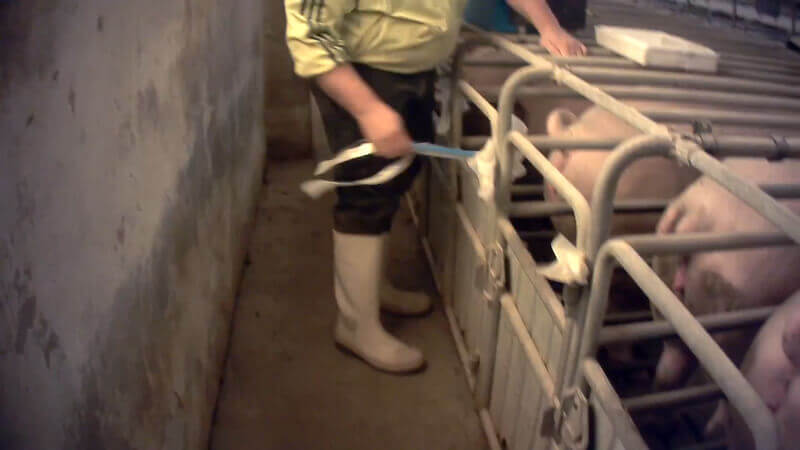 Piglets of just a few days old undergo mutilations such as systematic tail-cutting and, for males, surgical castration. These operations are carried out on almost all pigs raised in Italy, without the use of anesthetics or pain relief. On this farm, they are carried out in a rough manner to keep up with the fast pace of production, thus causing acute suffering to the animals. Sows are cyclically inseminated: the continuous births and critical sanitary conditions cause serious infections of their reproductive organs. 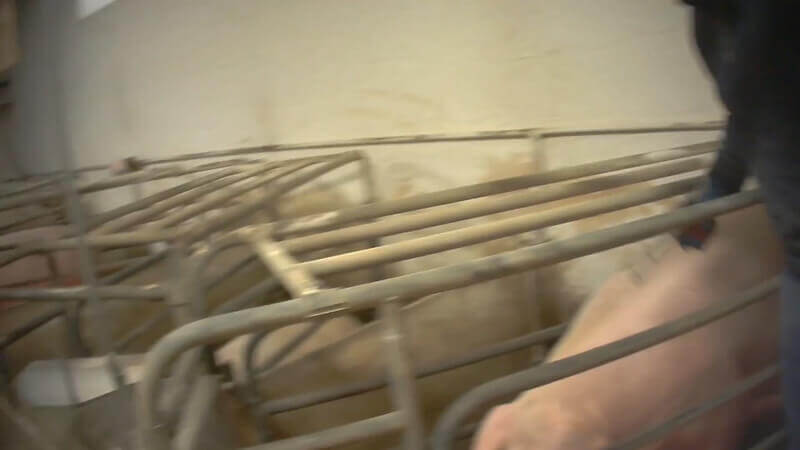 In a production system that is geared towards maximum production, the use of large doses of antibiotics, restorative vaccines and supplements is necessary to counteract the spread of diseases. On this farm the administration of drugs is entrusted to the inexperienced workers, without the pigs being examined by a veterinarian beforehand.

Our activities in defence of pigs

Cruelty on a farm supplying the Beretta brand

Victory: we closed down the horror farm! 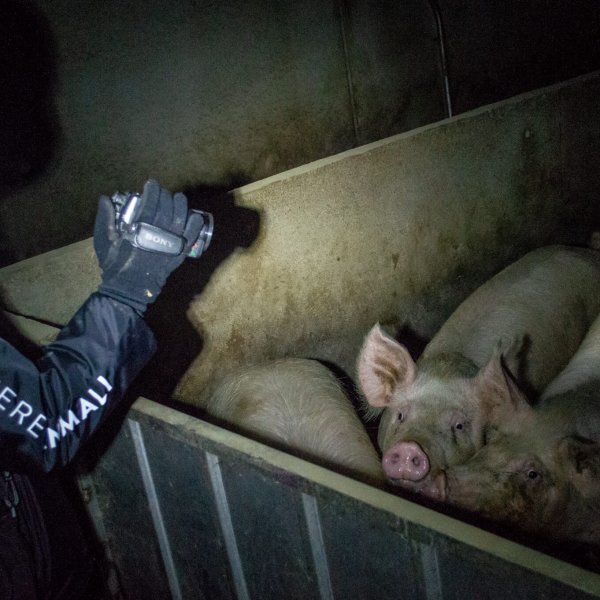 Take action
Against cruelty on animals

Thank you! Your signature is very important
Please share this petition to help us reach more people