Lidl: help us stop the
suffering of chickens

ASK LIDL TO STOP THE SUFFERING OF CHICKENS

Lidl claims to be one of the leading supermarkets for animal welfare. However, to date, Lidl is among the companies that have not yet committed to signing the European Chicken Commitment, which would guarantee higher welfare standards to chickens raised by their suppliers, saving them the suffering inherent to intensive farming.

Watch our latest investigation. This shocking footage has been filmed on two farms of a Lidl supplier in Italy.

As one of the leading large-scale distributor in Italy, Lidl has the power to help put an end to the suffering of millions of chickens bred in the supply chains of its suppliers. By signing the European Chicken Commitment, Lidl could help improve the welfare of chickens on the farms of its supply chain.

Take action to stop this cruelty

Leading European animal protection organisations have developed the demands of the European Chicken Commitment (ECC), with the goal of defining a new minimum standard for the welfare of chickens. The aim is to put an end to the suffering that these animals undergo in intensive farms due to high stocking density and genetic selection, and to improve their living conditions. With the implementation of the ECC, it is estimated that two thirds of the worst suffering can be avoided.

Over 500 companies from all over the world have already joined and signed the ECC, including the following brands in Italy: Eataly, Carrefour Italia, and Cortilia. We ask Lidl to do the same.

What is a broiler chicken?

Commonly referred to as “broilers”, they are genetically selected chickens reared for meat. Numerically, they are the land animals with the highest levels of exploitation in the meat industry: in 2020 alone, around 70 billion chickens were slaughtered around the world, over 500 million of which were in Italy alone.

The most commonly reared chickens are “fast growing”, meaning they reach the ideal slaughter weight in just 30-40 days — when they are practically still chicks.

The issues related to chicken farming: 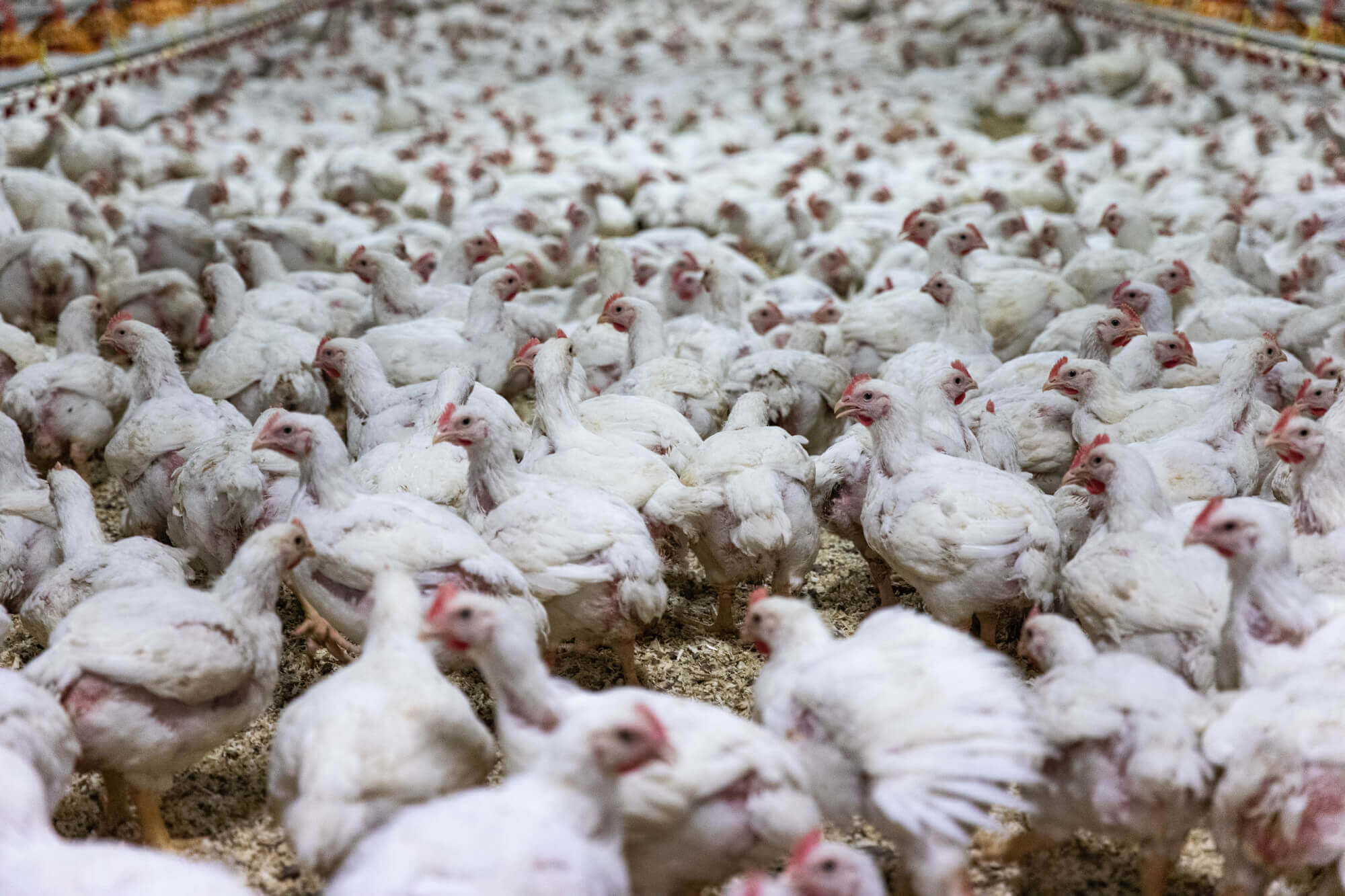 The chickens are raised in structures that can contain up to 30,000 animals with a stocking density of up to 20 chickens per m². This high stocking density leads to a reduction in musculoskeletal activity, as well as the expression of behaviours typical for the species, such as scratching the ground and stretching. 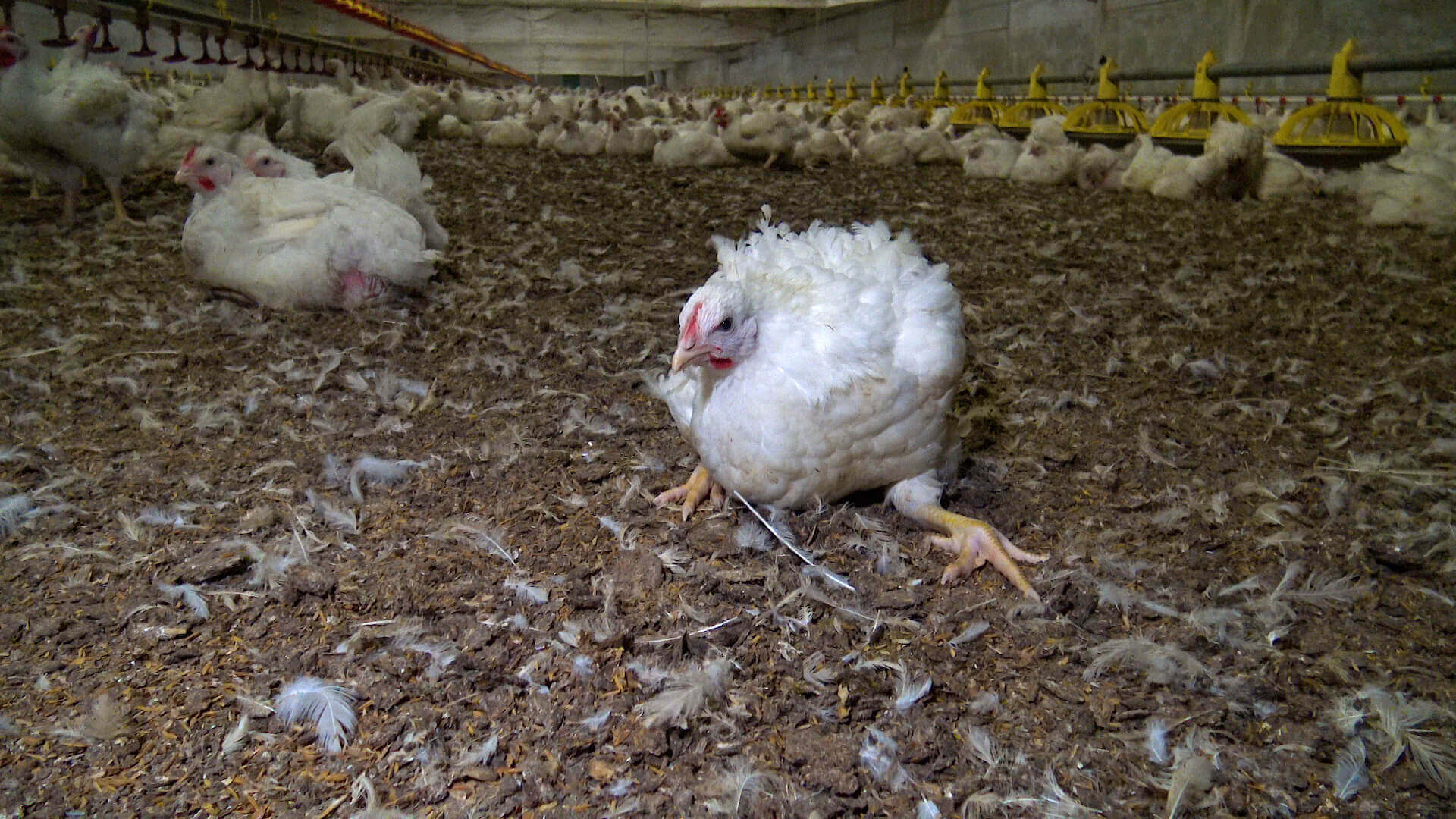 Rapid growth has damaging effects on chicken health and leads to painful injuries and deformities. Animals are more prone to a high incidence of muscular, skeletal, respiratory, and cardiovascular problems, which can cause premature death. The disproportion between musculature and bone structure severely limits their ability to move. 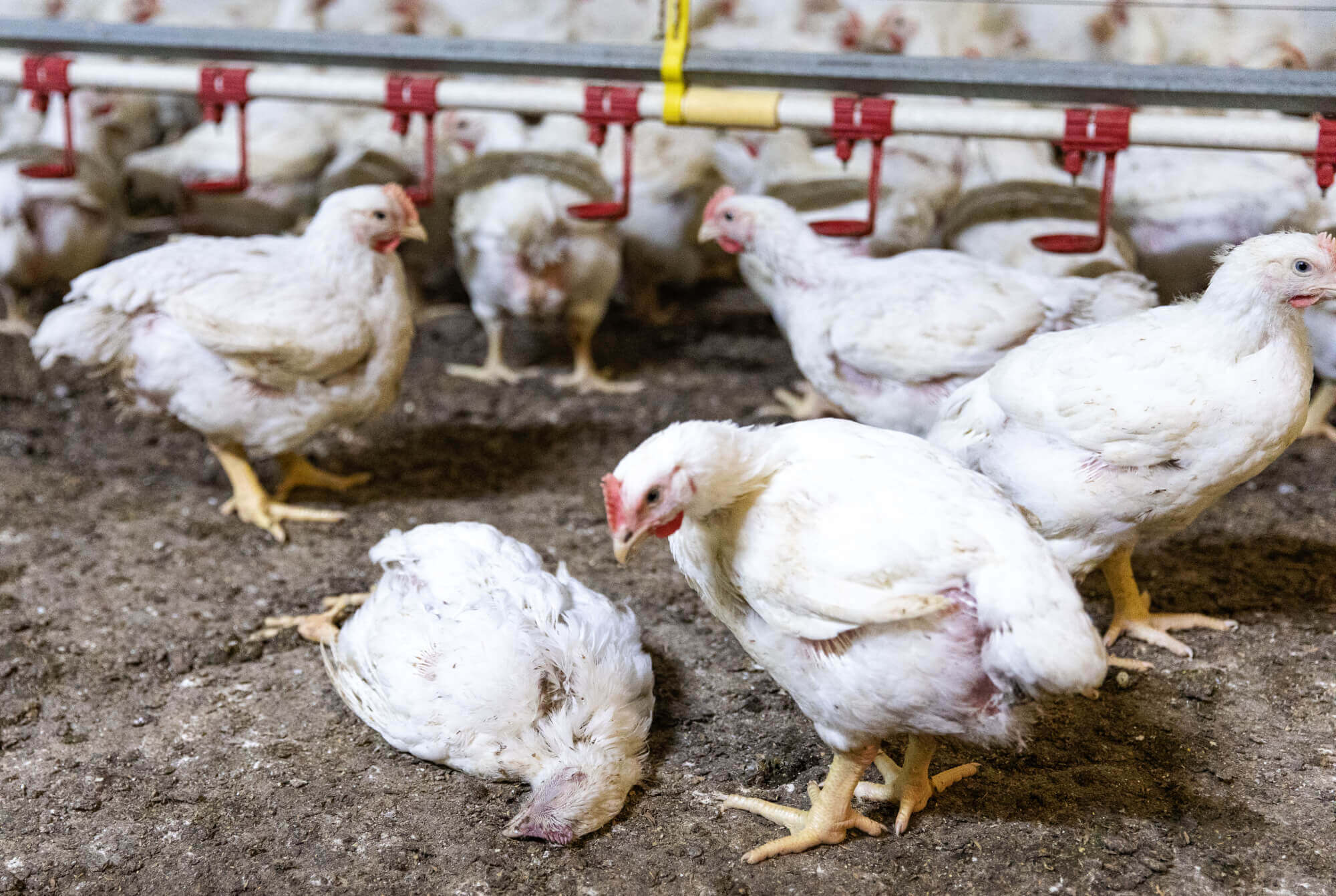 Many chickens have chest burns caused by prolonged contact with the ammonia-rich litter containing manure. Others have neurological disorders, such as unnatural twisting of the neck, due to infections or vitamin deficiency. There are dozens of animals dying on farms every day due to diseases or leg problems.

Open Wing Alliance is an international coalition that brings together over 80 organisations globally that fight to end the cruellest practices of the poultry industry and reduce the suffering of these animals.
The requests are addressed to supermarkets, catering companies, and producers, and are aimed at reducing the suffering of broilers through the adoption of company policies that improve the living conditions of these animals on farms. This is done through the European Chicken Commitment (ECC): a commitment that contains a number of requirements to improve the conditions of broilers on intensive farms. 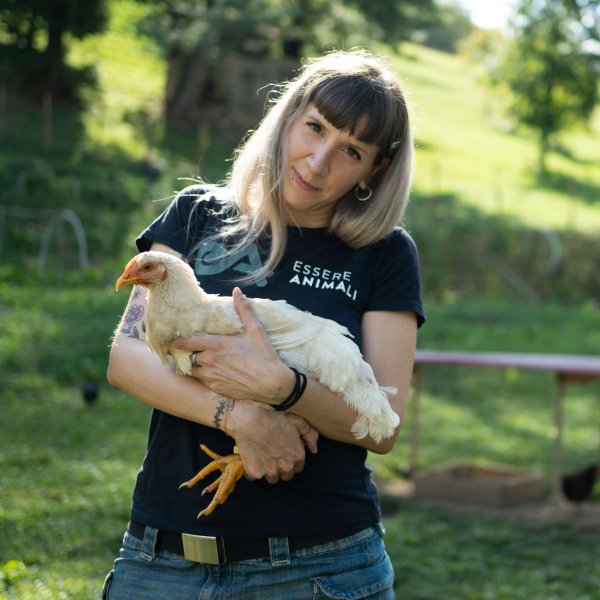 WE SHOW REALITY TO THE WORLD, HELP US!

Thanks to our Investigative Team, millions of people have discovered the abuses and cruelties in farms and slaughterhouses. This work saves animals and needs your support.

Lidl Italy claims to take animal welfare very seriously. However, we saw a video showing the living conditions of chickens on a farm supplier of Lidl which are far from respecting animal welfare.

In particular, the footage shows chickens suffering from poor leg health, lameness, painful skin conditions, and premature death. A significant proportion of broiler chickens reared in intensive conditions routinely suffer from cardiovascular diseases as well as other health problems. These issues are mainly attributed to the use of fast-growing breeds, overcrowded conditions and other management factors.

Alongside these severe health issues, chickens are packed in so tightly towards the end of each growing cycle that each bird has just the space of an A4-sized piece of paper. The chickens in your supply chain are restricted in their ability to carry out their natural behaviours and even access to food and water. The high stocking densities and stressful conditions result in poor litter and air quality. Not only is this a threat to chicken health and welfare, but to human health as well as these faster growing birds require a huge increase in antibiotics compared to slower growing breeds.

Hundreds of companies globally, including Lidl France, have signed the European Chicken Commitment and pledged to address these major welfare issues. We, the undersigned, call on Lidl to do the same.

Through this change, Lidl could make a huge difference to the lives of millions of chickens and demonstrate a concrete commitment to improve the conditions of these animals.

Lidl: help us stop the suffering of chickens!