on a farm producing
Grana Padano

Sign the petition
112.592 signed this petition
Watch the investigation

One of Essere Animali’s investigators documented the conditions on a farm producing Grana Padano in the province of Brescia, filming animals immersed in their own faeces as well as dozens of dead calves.

This is not the first time we have released an investigation on a farm that produces Grana Padano. In July we released a video, involving another farm in the province of Bergamo, where we filmed the treatment of calves on dairy farms, separated from their mothers at birth, imprisoned in small individual pens and treated brutally.

Following this first video, the Grana Padano Protection Consortium declared that the farm we investigated is a ‘rotten apple’ which does not represent the entire sector. But this second investigation shows that these words simply cannot dismiss the huge animal welfare issues that exist on factory farms, also on those producing Grana Padano, the most frequently consumed PDO cheese in the world.

Irregularities occur frequently and, as if that were not enough, the law also permits farming practices that cause serious suffering to the animals. It is incredible that the current legislation still permits the isolation and confinement of newborn calves, as these are cruel and avoidable practices.

This is why we want to persuade the Italian Government and the European Commission to undertake a complete review of ALL legislation that affects farmed animals in Europe.

It can be assumed that the high calf mortality rate is caused by the serious hygiene and sanitary shortcomings and by the dilapidated state of the structure which is not adequately maintained and has broken fences and rusty parts that could injure the animals.
Some calves suffocated to death with their heads stuck in the manger of their pen, incidents for which it is possible to foresee the crime of animal neglect and killing animals as none of the workers intervened to free them. Various calves got sick and suffered from diarrhoea, but the cages in which they are housed were not cleaned and the animals are dirty and covered with insects. In addition, the video shows the birth of a calf in a shed with a floor covered in a thick layer of excrement and pools of urine and rainwater. The body of the deceased calf remained in contact with the mother for a whole day.

The images document a serious state of neglect, with particular reference to the lack of hygiene and cleanliness of the sheds, which are filled with excrement. The animals are completely dirty, as are the nipples of the cows that are still sent for milking, all with a high risk of bacterial contamination. The failure to comply with the sanitary requirements poses a potential risk to the health of consumers, as well as causing harm to the animals which in such conditions cannot walk freely and risk injury and disease to their legs and feet.
Due to structural defects or a lack of maintenance, when it rains (even if not particularly heavily), large pools of water form inside the sheds that are not dried, forcing the animals to live with their feet in the water for days.

Calves separated from their mothers

The images document the birth of a calf which takes place with the use of a rope, tied to the front legs of the animal to facilitate its exit from the mother. The newborn calf is dragged for a few metres inside the fence and immediately removed from its mother.
On factory farms, newborn calves are separated from their mothers at birth and kept in individual pens. The separation is carried out for several reasons. Removing the calves facilitates the daily milking operations of thousands of cows, whose milk is thus destined entirely for the market or in this case to the production of Grana Padano. However, the practice is controversial: there is evidence of behavioural and developmental damage.

After being separated from their mothers, the newly born calves are housed in individual cages. This procedure is permitted by the legislation that establishes the minimum standards for the protection of calves. The law provides for enclosures of a small size, as wide as the height of the calf at the withers, as long as the length of the animal and with perforated partition walls so as to allow visual and tactile contact between the animals.
On the farm under investigation, some pens do not allow contact between calves – a condition prohibited by law – and some animals are housed in pairs, with a consequent reduction in the space available to them.

This latest investigation proves for the uptenth time that most dairy farms don’t respect basic animal welfare rules but on the contrary, that calves and cows are treated as mere commodities. The revision of the legislation on farm animals is the opportunity for the European Commission to change once and for all this situation without leaving a single animal behind.
Reinke Hameleers - CEO, Eurogroup for Animals

Add your signature and ask them aloud with us!

Inside the Grana Padano farms 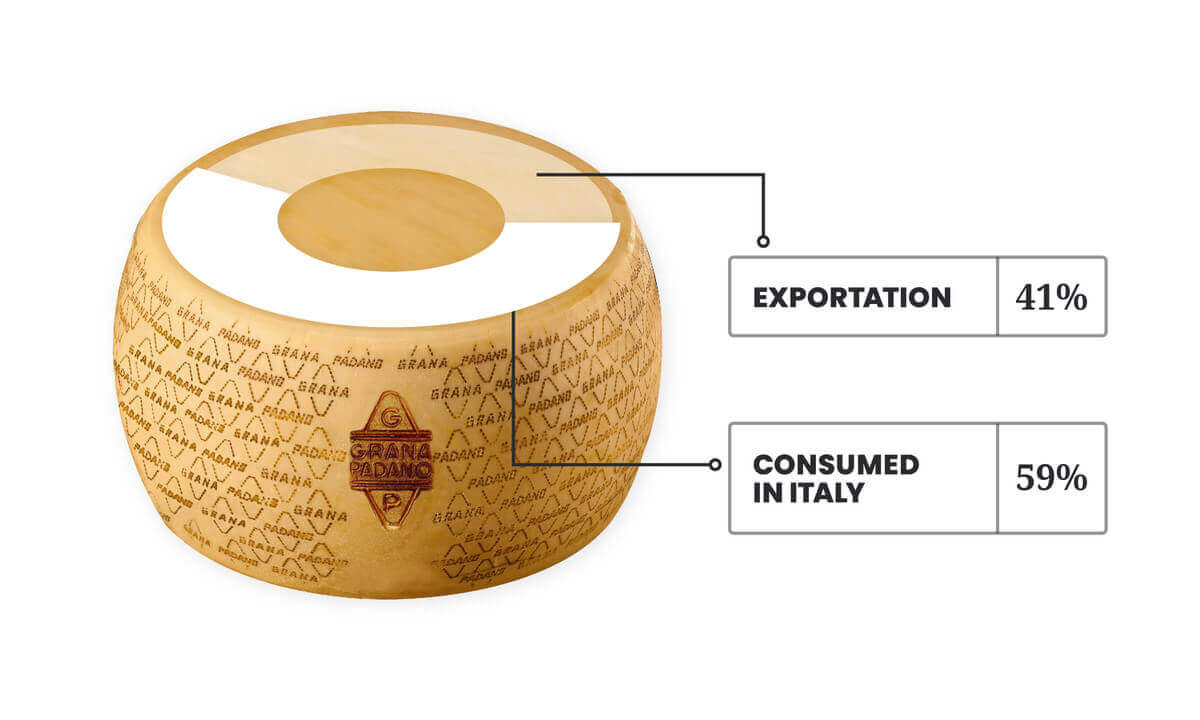 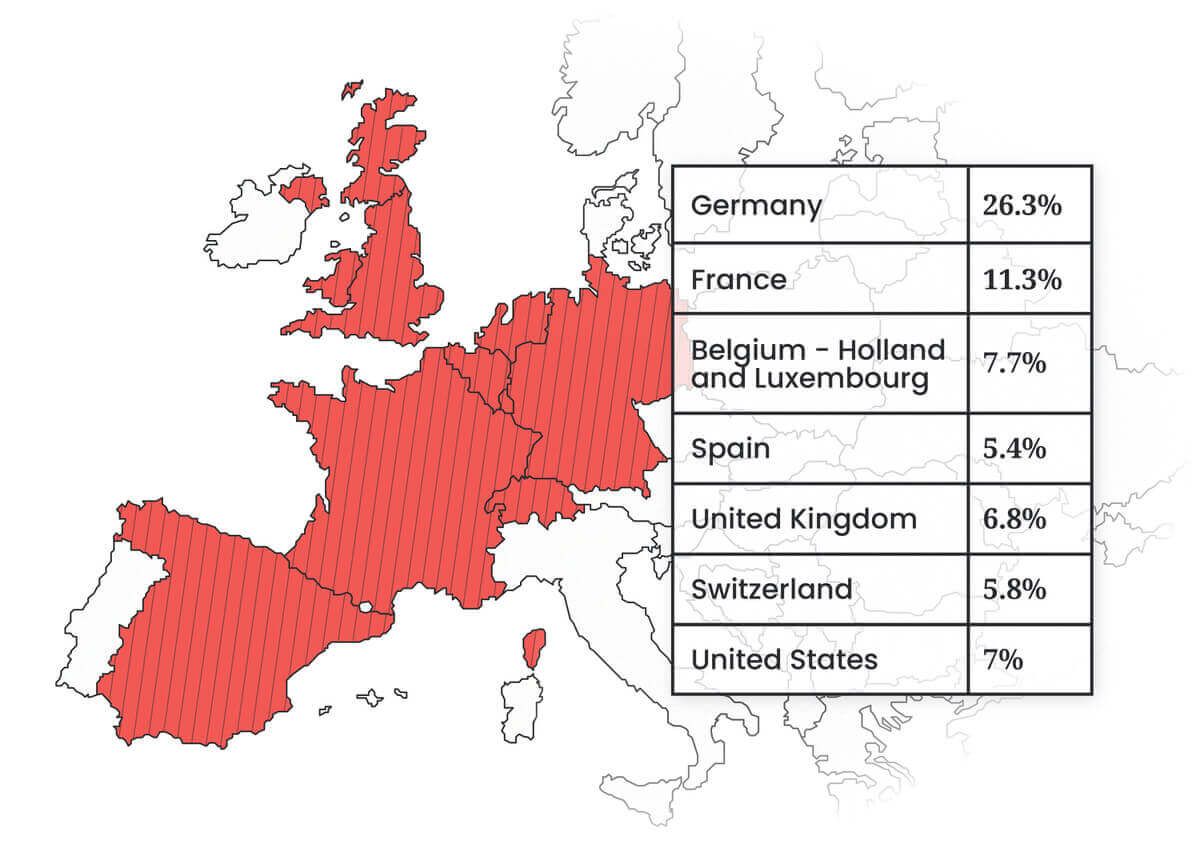 This investigation raises the alarm about the conditions of calves on dairy farms. Unfortunately, the legislation allows for practices that cause significant stress and suffering to the animals. However, we will not lose heart; on the contrary, we have a great opportunity. In fact, the European Commission is now committed to the Farm to Fork strategy, an initiative that aims to make the European food system fairer, healthier and more environmentally friendly.

We want to persuade the European Commission to undertake a complete revision of the legislation on the protection of farm animals, which is currently seriously insufficient to guarantee them a life free of avoidable suffering. There are many of us! This is the No Animal Left Behind campaign, coordinated by Eurogroup For Animals – an organisation representing 79 animal protection NGOs in 27 Member States, the UK, Switzerland, Serbia, Norway, Australia and the United States.

The requests to the Commission include farming conditions that allow all farmed species to express natural behaviours, so that no animal is left behind.

For calves, we are calling for an end to the practices of isolation and confinement of newborn animals, specifically:

• Allowing contact between the calf and his or her mother for at least the first eight weeks, during which the animals must be kept in a contact system for at least half a day with suckling permitted.

• The provision of housing conditions that meet the behavioural needs of calves, which should be raised in groups and given access to outdoor areas. 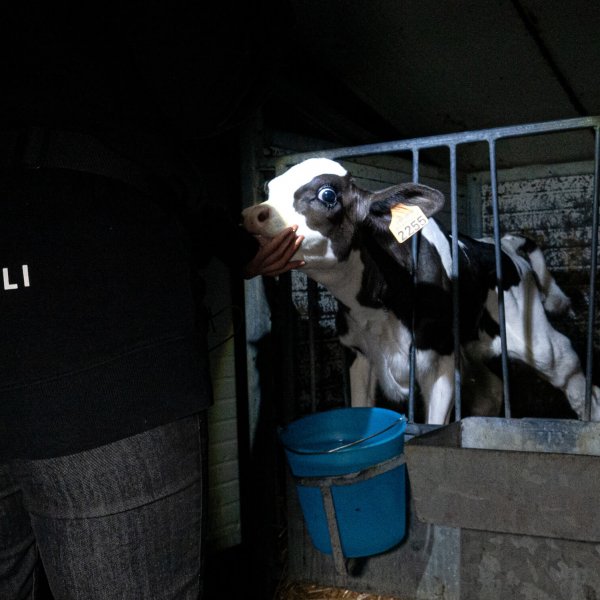 Help us to show the world what's really going on!

Take action
against cruelty on animals

In recent years, the organization Essere Animali has released various investigations carried out on Italian factory farms and in slaughterhouses, some in collaboration with major media groups, in order to document the conditions of animals raised for food.

Various complaints have been submitted to the competent authorities for these incidences of abuse. However, the frequency of these incidents, filmed on almost all the farms under investigation chosen on a random basis across the national territory – even among suppliers of PDO products – prompts me to express my deep concern.

Alongside these violations of the law, Essere Animali’s investigations have also shown farming types and practices that, although currently legal, are the cause of undisputed physical and psychological suffering for animals, including:

Thank you! Your signature is very important
Please share this petition to help us reach more people
Find out more about this other investigation READ MORE