The suffering of caged rabbits in intensive farms

Join the campaign to End The Cage Age

The images were filmed between September 2021 and April 2022 by Essere Animali’s investigation team on 7 rabbit farms located in Veneto, Lombardy, and Emilia-Romagna. The aim of the investigation is to give a complete picture of the living conditions of rabbits reared for meat in Italy, a country that is one of the largest producers of rabbit meat in Europe, where around 20 million rabbits are reared in cages.

The footage shows the presence of bodies of dead rabbits inside the cages; animals with injuries to their legs, ears and head and rabbit displaying stereotypies. These problems  can be traced back to cage farming and the resulting lack of living space and positive environmental stimuli for the animals, as demonstrated by the scientific literature.

We released this investigation with the End the Cage Age coalition to demand that the Italian government take a clear stand against the use of cages in animal farming, supporting the European Commission’s commitment and promoting the urgent adoption of legislation to ban their use at the national level as well. Cages cause animals to suffer physically and mentally, let’s ban them! 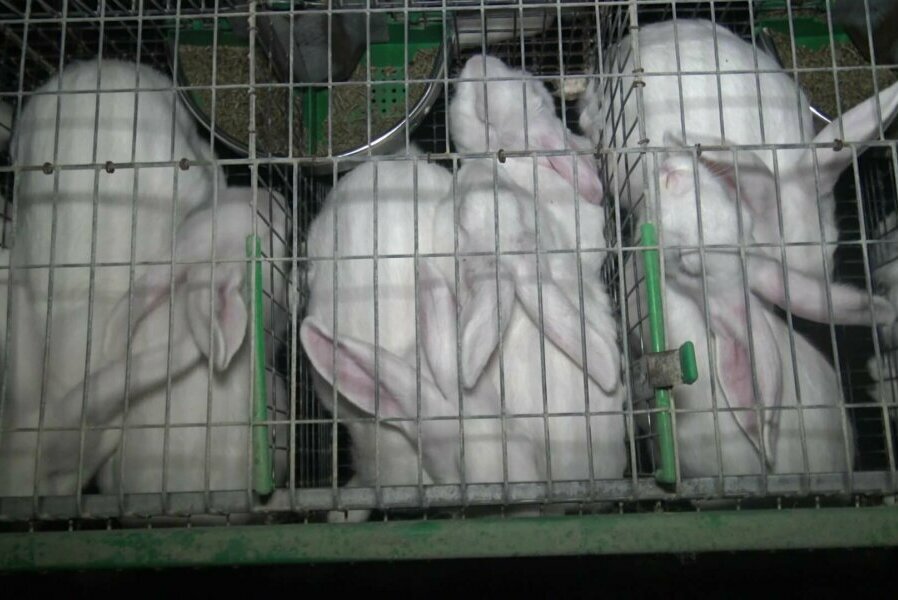 There is no law regulating minimum cage dimensions: adult rabbits have a space as big as an A4 sheet of paper. According to the European Food Safety Authority (EFSA), the biggest issue for farmed rabbits is movement restriction. A standard cage provides only 1% of the space needed by a group of rabbits that, under natural conditions, would cover an area of at least 50 square metres. Even in enriched, larger cages with a raised platform, the space available to each rabbit remains very limited. 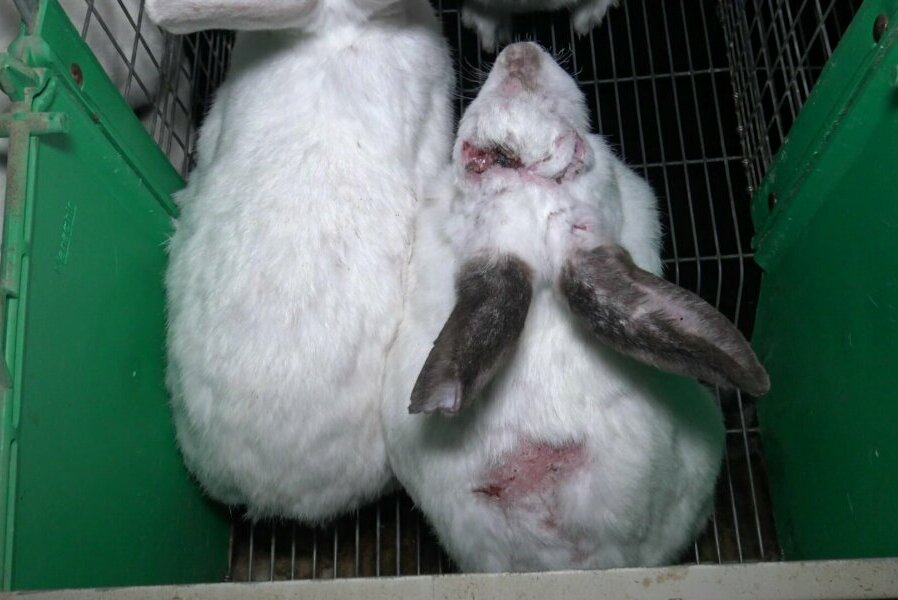 Animals with wounds to their ears, head and legs. These injuries are caused by different factors, those to their legs by continuous rubbing against the wire, whilst those to their ears and head are due to the aggression that the animals express towards each other when they are forced to live in a high-density environment with few opportunities to move. 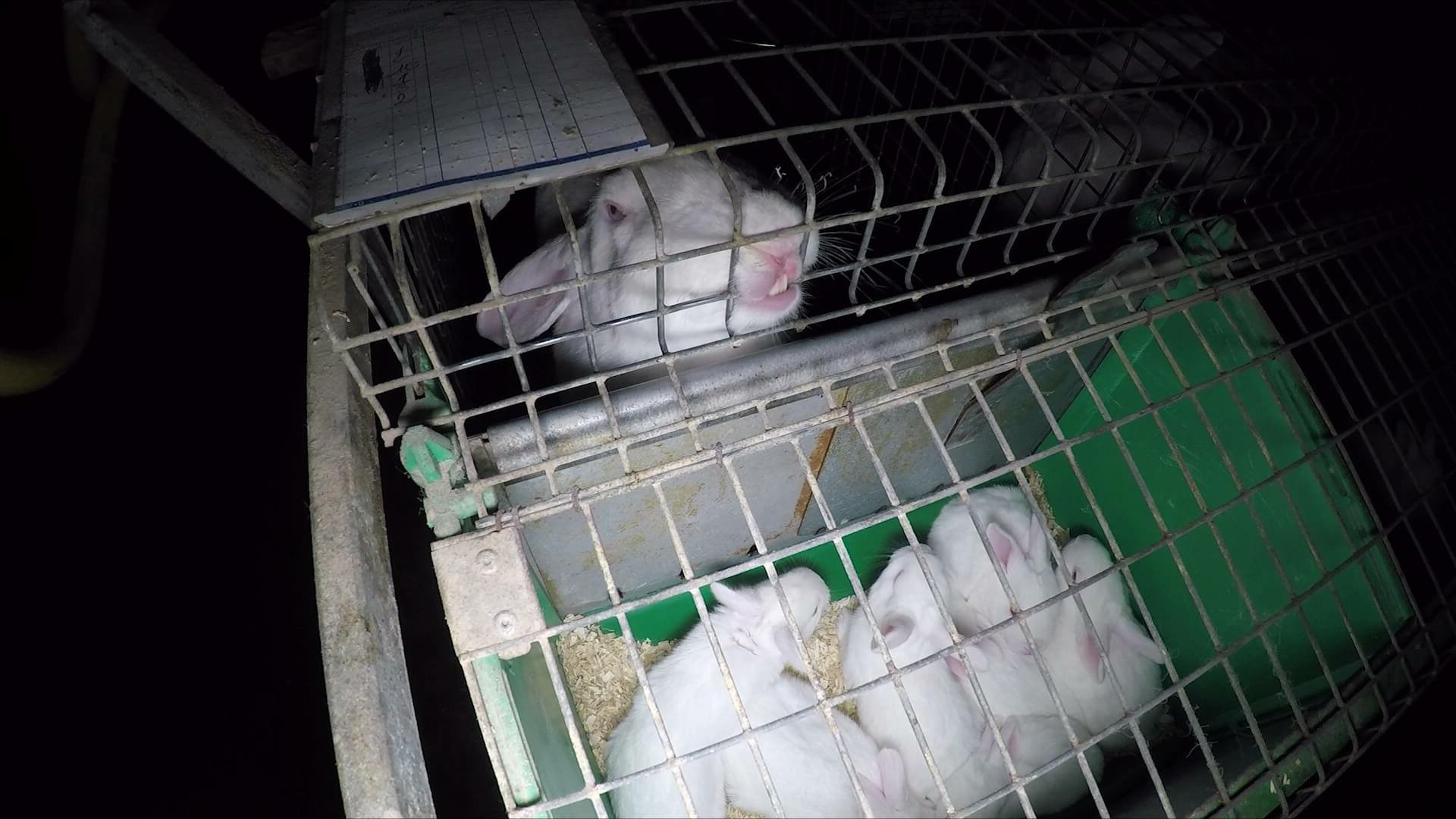 We documented animals displaying repetitive behaviour with no apparent function, caused by a lack of adequate environmental enrichments and overcrowding inside the cages. For example, animals making frequent movements in circles along the cage walls or repeatedly biting the wire. 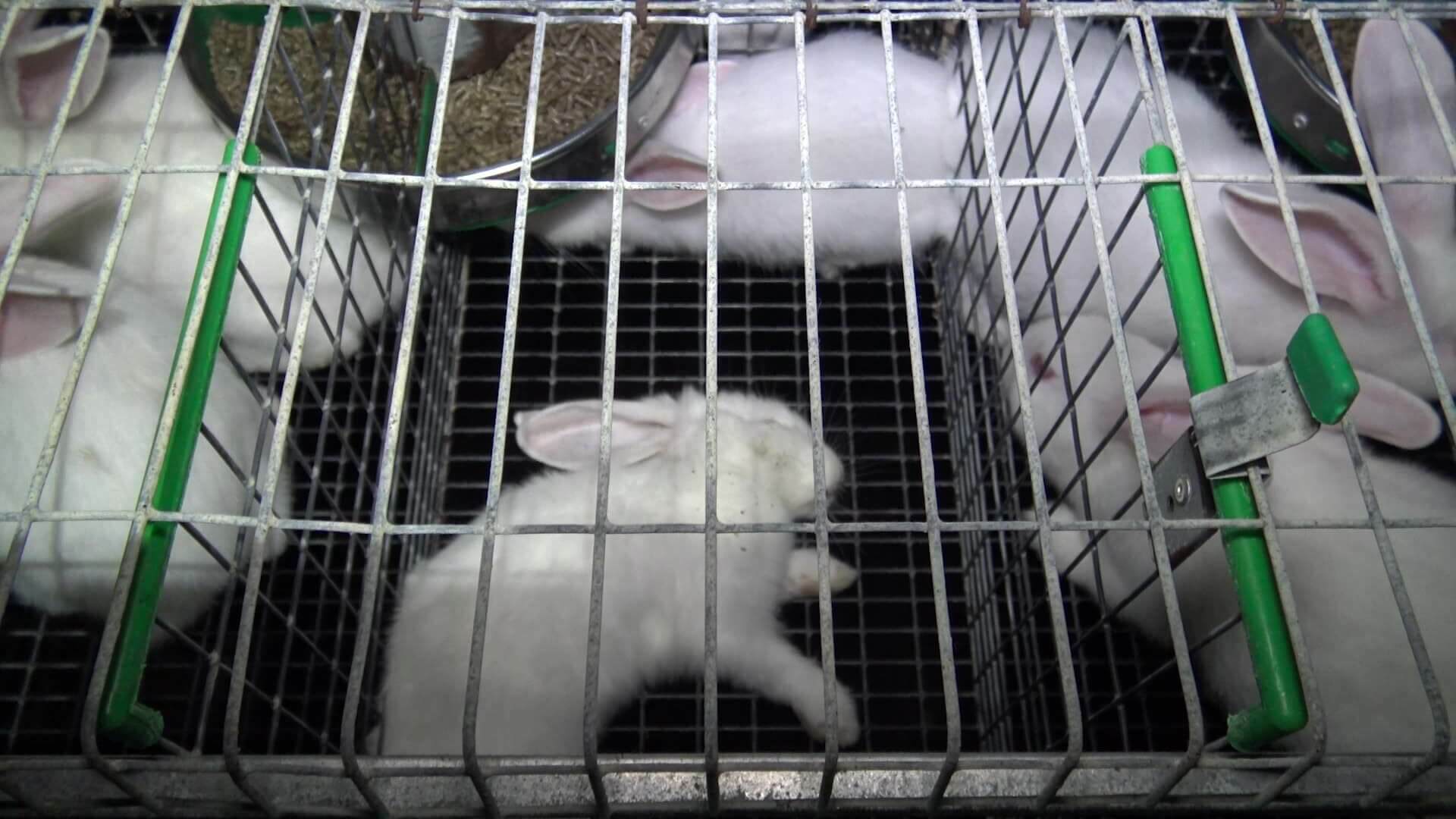 Dead inside their cage

Confinement and stress can also cause bone weakness and skeletal deformities in animals, compromising their immune systems to the point of developing respiratory diseases and dermatitis. For this reason, rabbits bred for meat production are given large quantities of drugs, but the mortality rate is still high, with a range of 10-30%.

Their entire life in a cage

We installed a micro-camera inside a cage to document the animals’ behaviour over the course of a day. These recordings confirmed the behavioural limitations and state of apathy to which the rabbits are subjected daily.

Did you know that

Rabbits are prey animals, shy in nature, and the absence of shelters or hiding places creates additional stress.

They can jump up to 4.5 metres in length and over 1.2 metres high. Jumping is not possible inside the cages.

Breeding females benefit from socialising with other female rabbits, but this is not possible inside the cages.

A standard cage provides only 1% of the space needed by a group of rabbits that, under natural conditions, would cover an area of at least 50 square metres. Even in enriched, larger cages with a raised platform, the space available to each rabbit remains very limited. 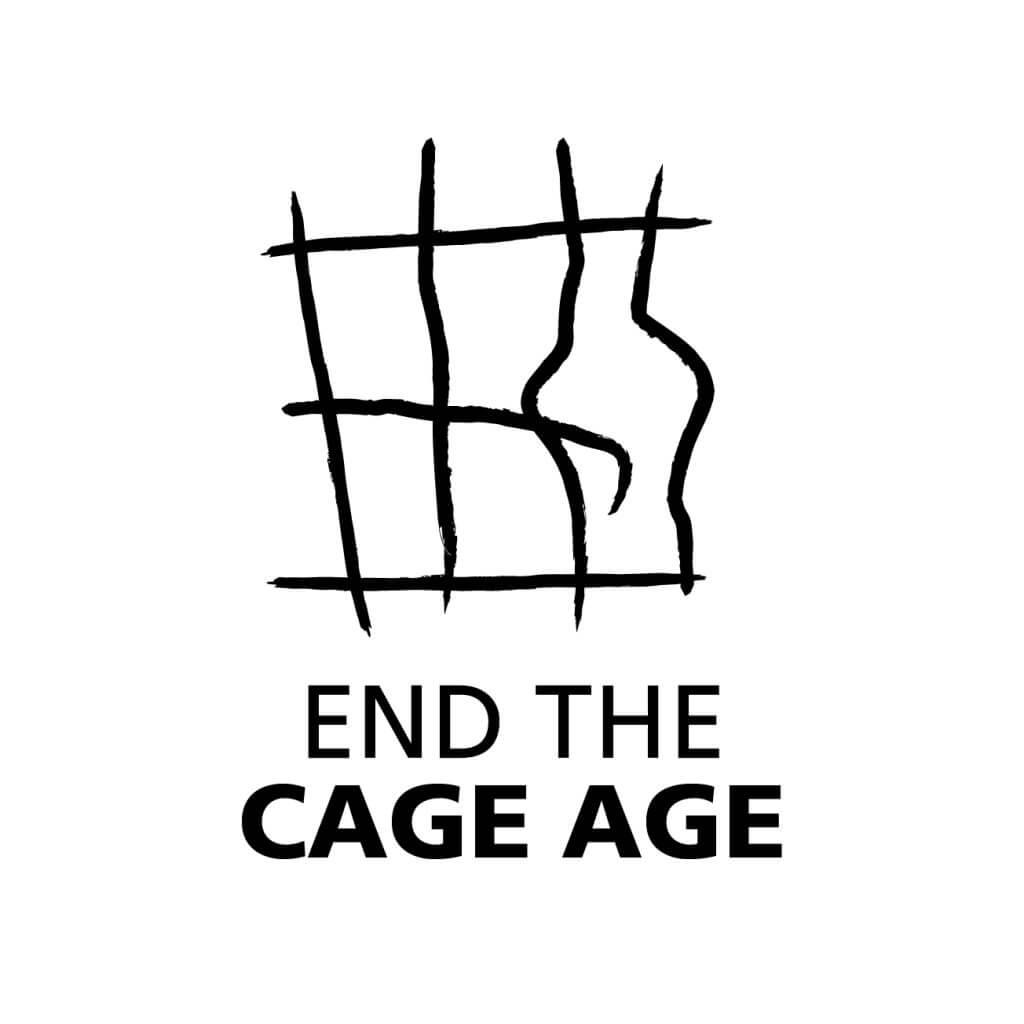 Over 300 million farmed animals suffer in cages across Europe. Along with other organisations for the protection of animals we seek to ban cages completely. Thanks to the End the Cage Age European Citizens’ Initiative (ECI), which gained 1,4 validated signatures, the European Commission has agreed to phase out the use of cages for farmed animals across Europe.

But the battle is not over: the new legislative proposal has to be adopted by the Council of the European Union and the European Parliament. Therefore, it is crucial that Italy unreservedly supports this transition. 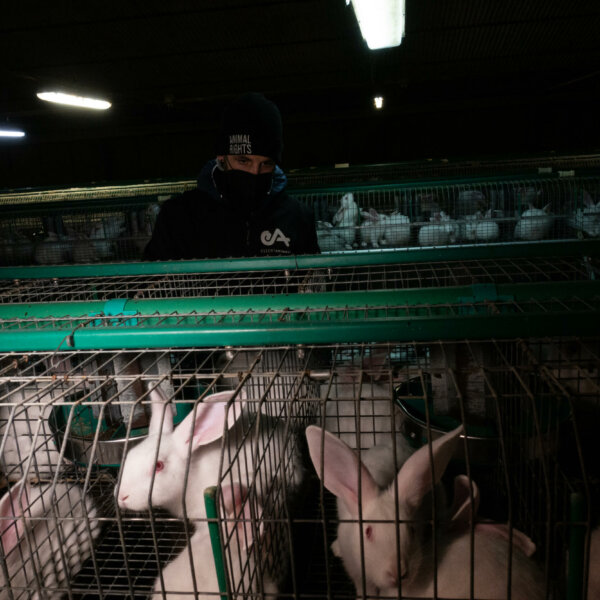 We show the reality inside farms. Support us!

Thanks to our investigative team millions of people find out about abuses and cruelty on factory farms and in slaughterhouses. Our work saves animals’ lives and needs your support.