The silent suffering of fishes
on European fish farms

The least protected by the law. Help us defend them!

Sign the petition
10.375 signed this petition
Watch the new investigation

Underwater factory farms are one of the biggest causes of suffering on the planet. Forcing billions of fishes to spend their lives swimming in endless circles in cages before suffering inhumane and painful deaths. We call on the European Commission to include the protection of fish welfare among the priority objectives of the revision of the EU legislation on animal welfare.

A new investigation by Essere Animali reveals the shortcomings of the current European Union legislation on animal welfare, which clearly fails to guarantee the protection of farmed fish. The shocking images filmed during the investigation — which was conducted at several trout farms as well as a few sea bass and sea bream farms — reveal farming, transport and slaughter practices that cause enormous suffering to the animals.

By releasing this investigation, Essere Animali joins and relaunches the Compassion in World Farming campaign, aimed at asking the European Commission to include the protection of fish welfare among the priority objectives of the revision of the EU legislation on animal welfare.

to guarantee the protection of fishes 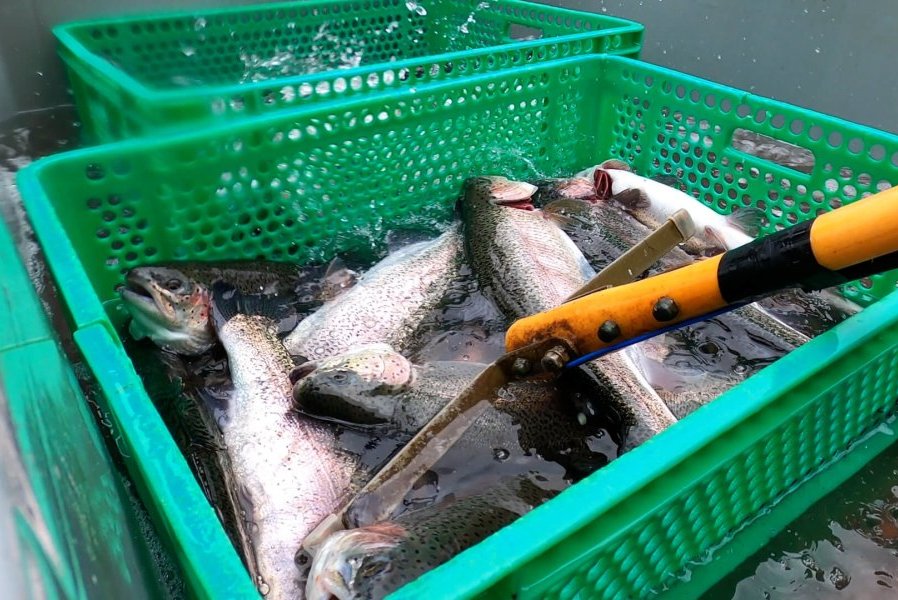 Electrical stunning before slaughter is considered one of the most humane methods by the scientific community. However, this investigation shows how an inadequate application of such practice can lead to prolonged and acute suffering; the animals not effectively stunned remain conscious and slowly die of asphyxiation. With respect to the electrical stunning in water and ice, the images show that the tool used to apply an electric shock is inadequate as it does not allow all animals to be stunned uniformly and quickly. The dry electrical stunning method used in this case was also ineffective. The absence of water, together with the lack of direct contact between the two electrodes and each fish, does not allow uniform transmission of the electric current through the fishes. 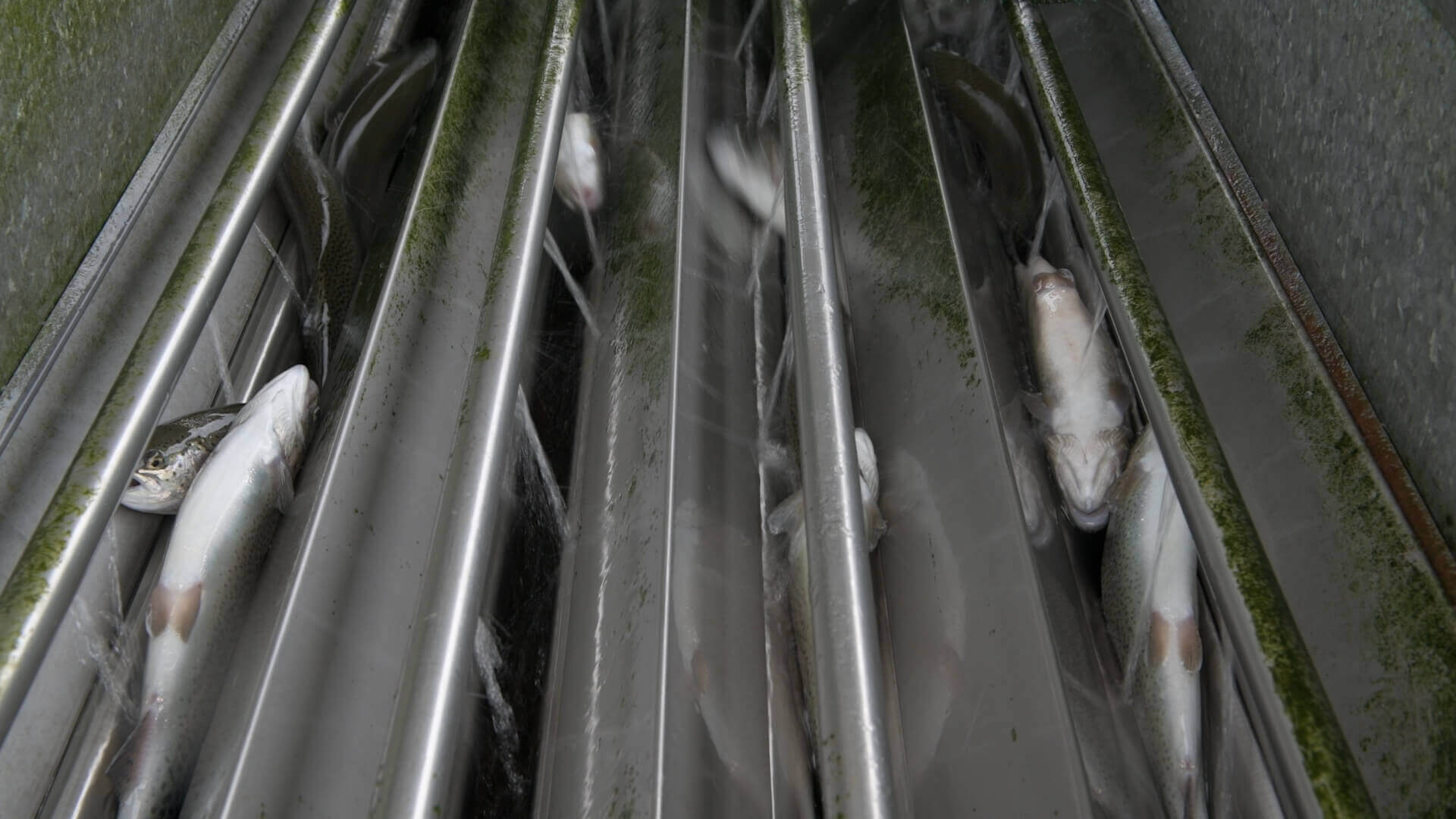 A common practice in farms is grading, that is the selection of fish to obtain groups of similar size. As documented, this procedure causes prolonged emotional stress and physical suffering to the animals. Fishes try to escape from the machinery rollers and begin to suffocate. Several die after getting stuck, enduring a long agony. 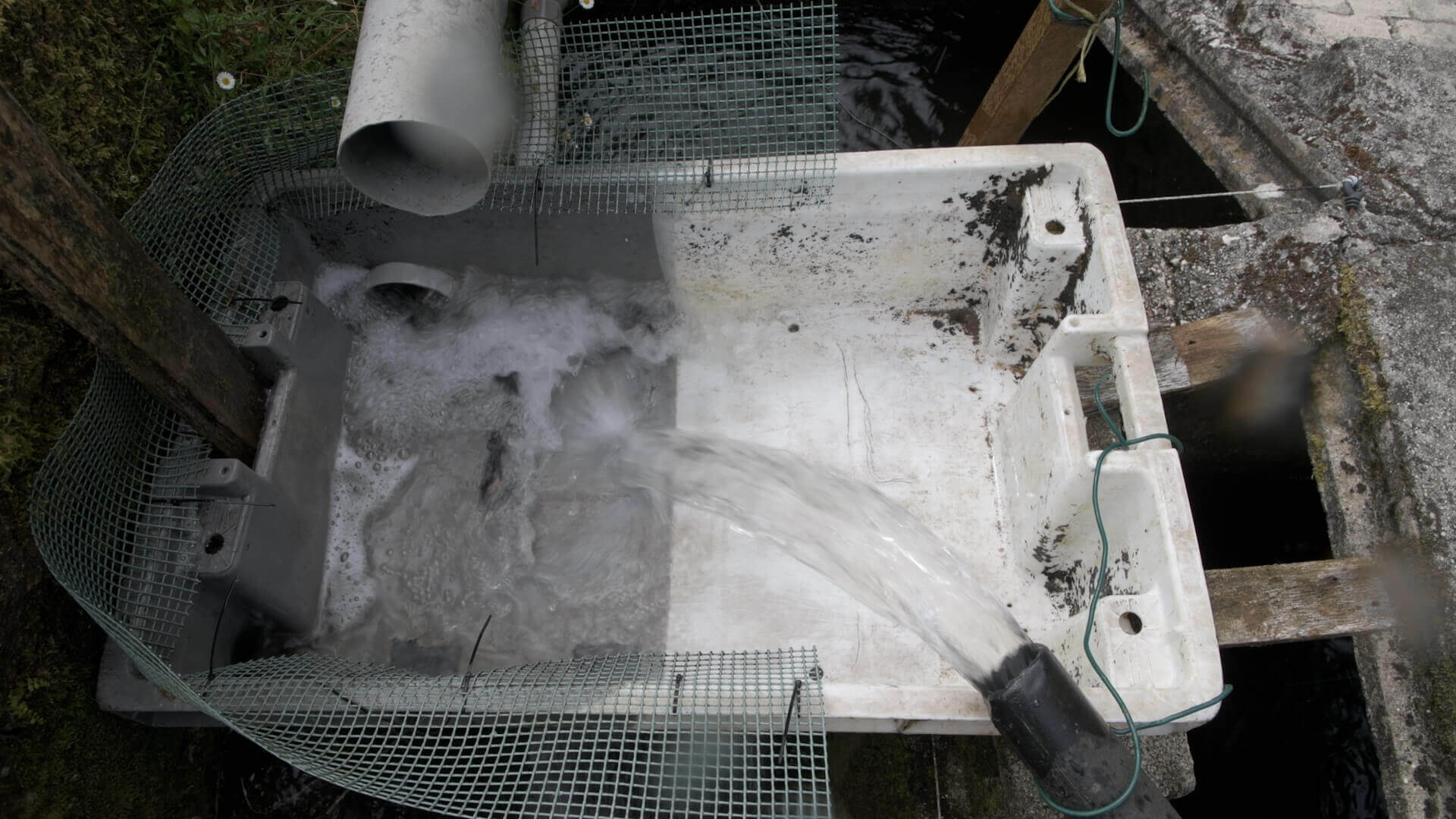 Besides including a fasting period which can last several days, the preparatory phase before transportation involves the crowding operations, in which fishes are gathered in a confined space inside tanks/cages with the use of nets. These operations can be a source of rapid deterioration in water quality, acute stress and excessive fatigue due to the escape attempts of the fishes. The use of nets for the loading and unloading operations can lead to crushing of the fishes located at the bottom, and to abrasions and injuries caused by the rubbing against the net and/or collisions with other fish. Instead, when pumping systems are used, the presence of joints, creases and/or edges that are sharp or cutting, together with an excessive pumping speed, can cause injuries. 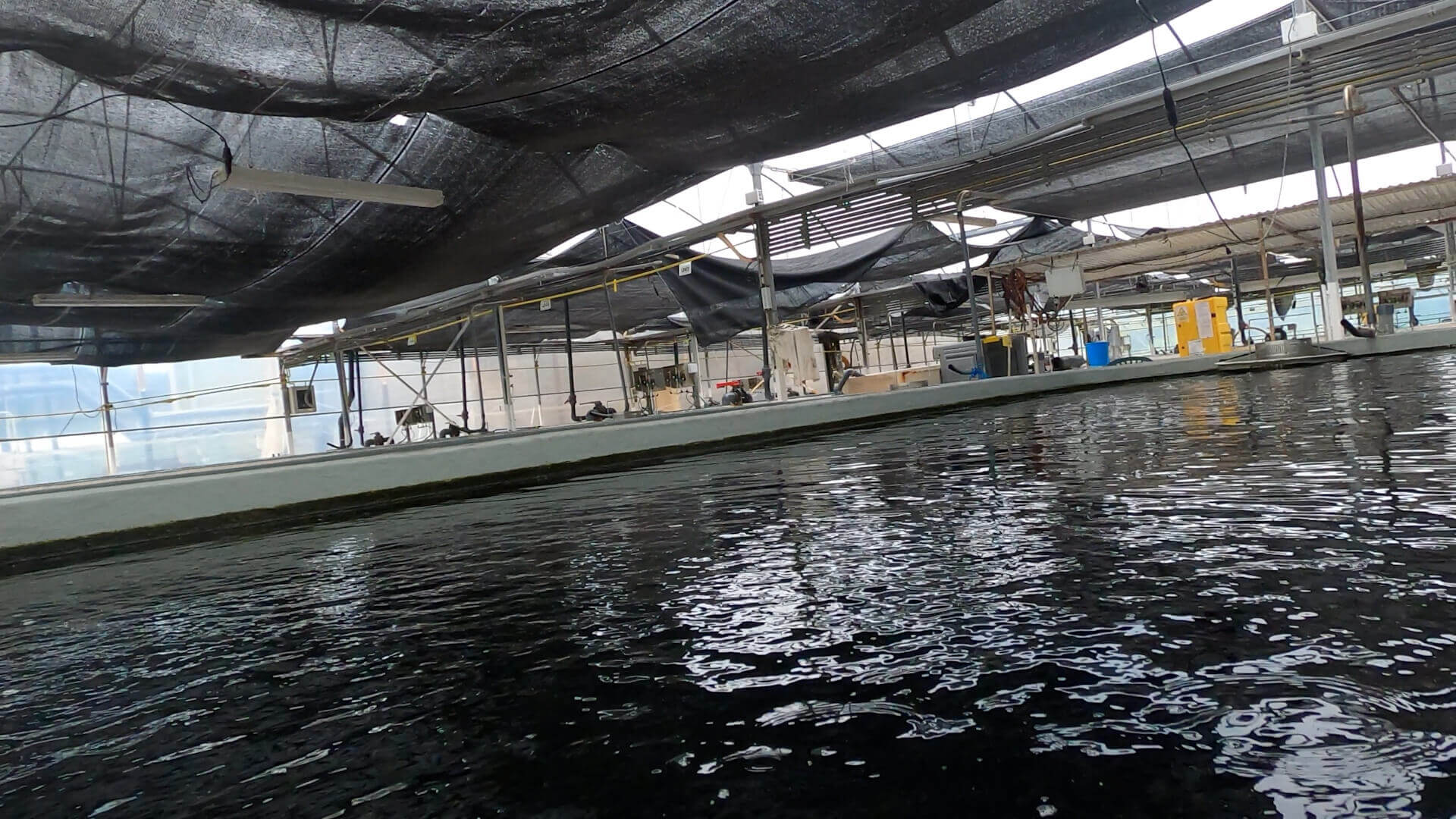 High stocking density and poor water quality contribute to the spread of diseases, increased aggression between conspecifics and a higher mortality rate. The complete absence of environmental enrichments in the tanks or cages can lead to an increase in stress levels, episodes of aggression and cannibalism, and injuries.

+ Info on the campaign

The European Commission is currently revising the EU legislation on animal welfare. Together with Compassion in World Farming, we ask  the European Commission, specifically the Directorate General for Health and Food Safety (DG SANTE), to include the protection of fish welfare among the priority objectives of the revision of the EU legislation on animal welfare.

Without drastic improvements to the legislation, farmed fishes will continue to suffer. And despite the growing amount of evidence to highlight the suffering and injustice which occurs on these farms, few decision makers have taken steps to improve the welfare of farmed fish in the EU.

In Europe, fishes are amongst the animals raised in the greatest number: in 2017 alone, it is estimated that 1.3 billion fishes were killed for human consumption within the EU borders. However, unlike for land animals, the current EU legislation for farmed fish sets only some generic requirements, formulated in such a way as to make the few provisions on animal welfare difficult to apply.

Add your name to the petition: we must urge the EU Commission to take serious steps to improve the legislation of farmed fish across Europe and improve their welfare. 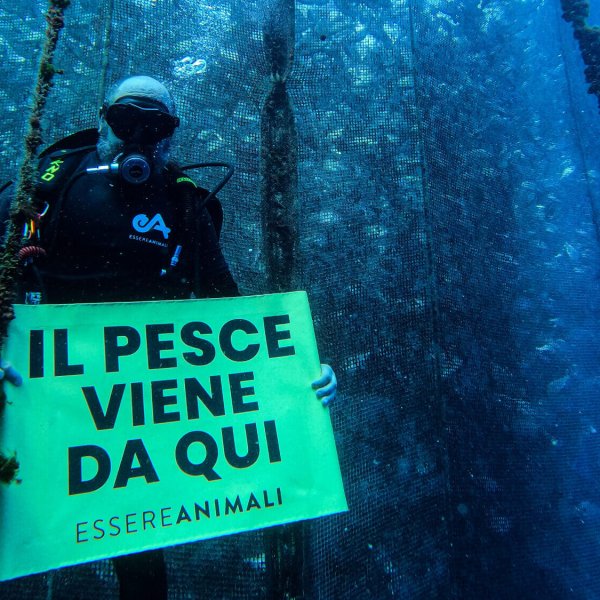 We show the reality inside farms. Support us.

Thanks to our investigative team millions of people find out about abuses and cruelty on factory farms and in slaughterhouses. Our work saves animals’ lives and needs your support.

as noted in our letter, we call on you to introduce detailed EU legislation covering all aspects of fish farming to ensure good fish welfare during rearing, transport and slaughter. Specifically:

Thank you, your signature is important
Share this petition now!