Cruelty on a farm supplying the Beretta brand

By means of an undercover investigation, we revealed terrible violence on a pig farm supplying Beretta cured meats.

For 6 weeks, one of our investigators worked at a farm supplying the Fratelli Beretta brand, documenting terrible violence against pigs – even sick pigs – and extremely poor sanitary conditions. Some of the footage was broadcast on TG1 and handed over to the competent authorities in order to lodge a complaint against those responsible.

The images show a worker pulling out a pig’s teeth with pliers because he had been biting other pigs’ tails. A brutal and illegal operation, carried out without anaesthesia or subsequent treatment and which increases the possibility of having to resort to antibiotics. During transport, pigs are moved violently, kicked, hit with blunt objects, grabbed by the ears, lifted off the ground or thrown down by a tractor. As shown in the footage and confirmed by the words of the owner, whenever emergency kills on site are needed pigs are stunned using a captive bolt gun without immediately having their throats slit as required by law. This treatment causes pigs to endure interminable agony.

The sanitary conditions are also very worrying: the pigs are in constant contact with the wet floor that is covered with excrement. Their food is also contaminated with faeces, as the edges of the feeders are too low.

Help us to stop this cruelty: dozens of investigations we have carried out confirm that intensive farming causes suffering. Please choose a plant-based diet.

A worker pulls out the teeth of a pig that had been biting the other pigs in his enclosure. The operation is carried out with pliers, without anaesthesia or subsequent treatment. In addition to being painful, this practice is also illegal.

Wounded and sick pigs are left to fend for themselves in the corridors without the intervention of a veterinarian. They are given neither food nor water and remain in contact with the other pigs until they starve to death.

The procedure for slaughtering severely ill pigs is carried out improperly and leads to terrible agony. The pigs are only stunned with a captive bullet gun, without cutting their throats and therefore prolonging their suffering as a result. The operation is carried out in the pens where the other pigs are present, subjecting them to extreme stress and with the risk of injury. Even the owner culls pigs incorrectly.

The pigs live on concrete floors, have no clean, dry litter and are forced to rest on their own excrement. The pens are bare, devoid of stimuli and the environmental enrichment is inadequate. The food, in the form of slop, mixes with the faeces because the feeders have sides that are too low and allow the animals to enter.

Animals are handled with cruel methods, both by workers and the farm owner. Pigs are violently kicked and punched, hit wth iron bars, dragged by their ears or even unloaded brutally from a tractor’s front-end loader.

Our investigations in defence of pigs

Cruelty to pigs on a farm supplying "premium" Parma ham

An investigator from Essere Animali worked undercover on a farm supplying “Prosciutto di Parma” (premium Parma ham), documenting violence and numerous incidences of illegal behaviour. In just a few weeks, using a hidden camera he filmed pigs being beaten and thrown around their pens, painful surgical operations carried out without anaesthesia and the macabre habit of throwing piglet’s testicles and tails into the feeding troughs of the sows. Read more.

In Italy, 9 million pigs have their tails mutilated and males are castrated without anesthesia or pain relief. During pregnancy and birth, 500,000 sows are kept in cages so small that they cannot move at all. Such practices cause extreme suffering to these intelligent and sensitive animals and, in the case of tail-cutting, are also illegal. However, the problem is so widespread and structural that it is found on almost all farms (including PDO). By means of the #SosPig campaign, we urgently want to bring these cruel practices to an end. Sign the petition.

Between February and June 2017, Essere Animali documented eight farms supplying pigs for Prosciutto di Parma (premium Parma ham): the images show animals in a state of serious suffering and situations of mistreatment that we promptly reported. It is not the first time that we have filmed such conditions. In December 2016, our video ‘Prosciutto Crudele’ (Cruel Ham), filmed inside a farm supplying the Consortium, sent shock waves through the country. Read more (italian)

#SOSPIG the campaign in defence of pigs

We have reported this farm to the authorities and will endeavour to ensure that all such cruel behaviour is recognised as the offence of animal abuse.

This is only part of our work. In fact, procedures that cause suffering to pigs but are legal, such as gestation cages for sows and the surgical castration of piglets, are often used on Italian farms. To put an end to these practices, in addition to tail cutting, an illegal mutilation that is nonetheless inflicted on all pigs reared in Italy, we have launched the #SOSpig campaign. 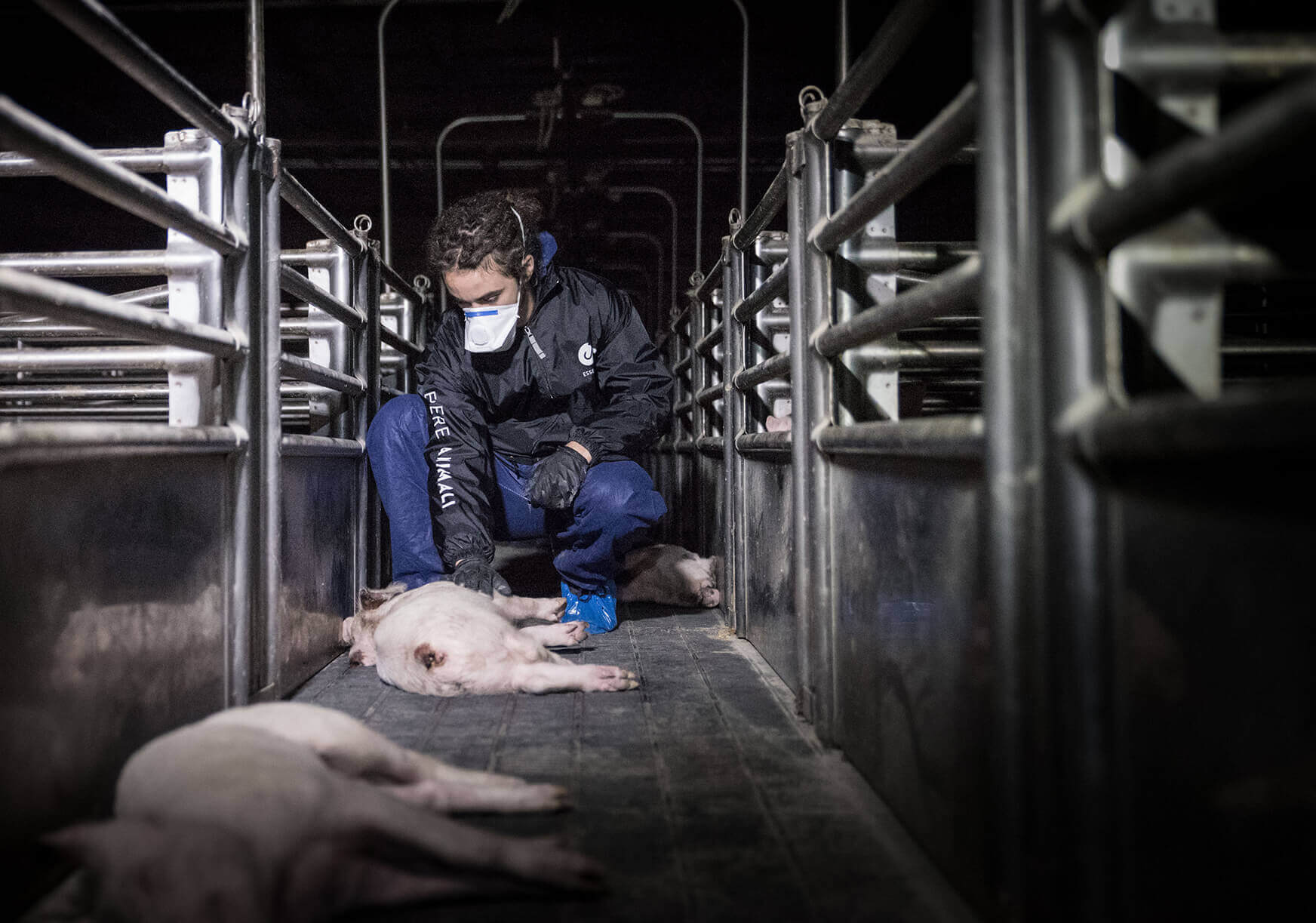 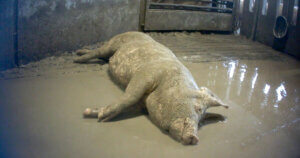