An investigation by Essere Animali in Sardinia reveals a widespread system of illegalities and abuse in the lamb production chain. Help us stop this violence.

Our investigators used hidden cameras to document lamb production in Sardinia, the region with the highest number of sheep raised in Italy. They inspected twenty farms in all provinces, filming practices that are banned because they cause animal suffering as well as shock confessions from farmers who admit to killing lambs in times of low demand for their meat, as it does not make economic sense to raise them.
Serious irregularities were also found in a large slaughterhouse, despite the presence of veterinarians. The lambs, only a month old, are forced to watch their fellows die. Some have to endure the pain of electrical stunning twice as the workers wait too long to slit their throats and they regain consciousness in the meantime, while others are killed while still conscious.

We reported those responsible to the authorities and also involved the Health Protection Agency (ATS Sardinia) to report the widespread diffusion of the illegalities found. In order to achieve real change, however, the animals will also need your help.

At Easter, and every day of the year. Choose not to eat them. 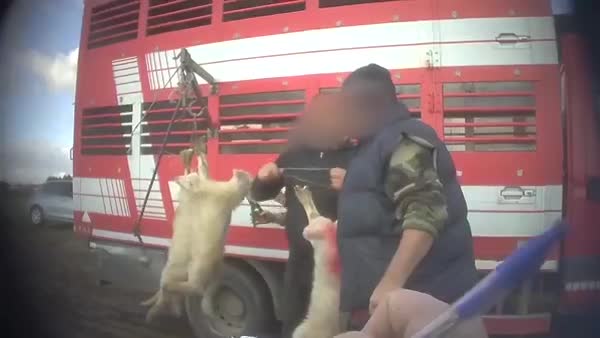 HUNG BY THEIR LEGS

Weighing animals by suspending them, although a widespread practice, is illegal. This is done before the lambs are transported to the slaughterhouse and they can even be left hanging by their legs for up to ten minutes, while an ear is pierced and a tag is applied. However, the law prohibits hanging animals by the legs as it causes them pain and stress. 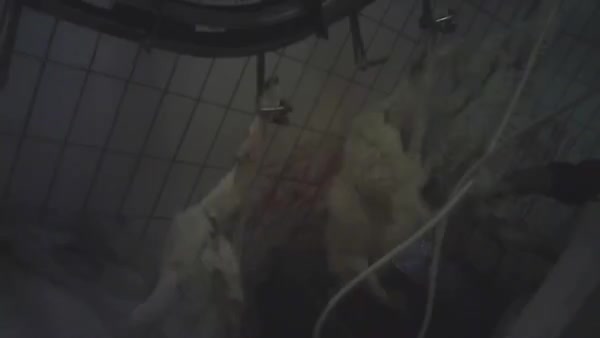 Poor slaughter management causes serious suffering to the animals. Avoidable pain or anxiety should be avoided by law, but lambs see their fellows killed in front of them. The slaughter should take place immediately after effective stunning, but after just 50 seconds the lambs will regain consciousness. If the worker notices, he will stun them again with an electric shock. Others have their throats slit while they are still conscious. 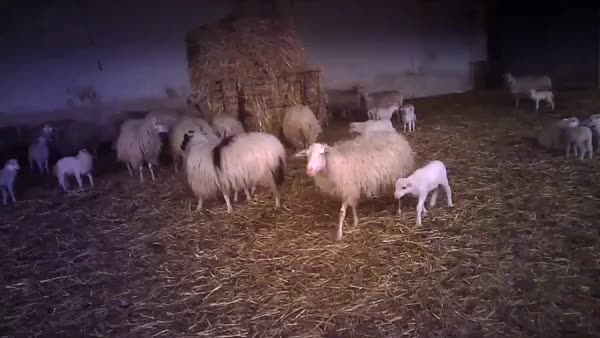 SEPARATED FROM THEIR MOTHERS

The production of lamb is closely linked to the production of sheep milk, which is mainly used for cheese. In order to produce milk, sheep must have given birth to lambs. If these are female, they will be reared for milk just like their mothers. If they are male, they will be killed for meat just 30 days after birth. When they are transported to the slaughterhouse, the animals cry out in distress at the separation.

Our investigators filmed several farmers confirming that they kill lambs in times of low demand for meat, because it is not profitable to raise them. This is a serious crime that we have reported to the authorities.

Our investigations in defence of lambs

Inside a slaughterhouse where lambs are killed for Easter

Former slaughterhouse workers also contact us to ask us to disseminate images that they have filmed, to initiate a debate about the brutality of a process that is hidden from public view. The video shows the slaughter of hoggets, animals just a few weeks older than lambs. These are also killed in increased numbers at Easter.

The terrible slaughter of lambs for Easter

By means of hard and courageous work, our investigators placed multiple hidden cameras in two lamb slaughterhouses located in the Marche region. The footage once again reveals practices and actions that contravene the law, with animals roughly unloaded from trucks, stunned using ineffective instruments and having their throats slit in full view of each other.

For lambs, this is Easter

Broadcast by TG1 and seen by millions of people, this investigation that took place in various Italian slaughterhouses documents the slaughter of lambs in the run-up to Easter. Our investigators filmed various violations of the law including group slaughter and inadequate stunning and restraint practices, with animals struggling in terror.

Behind the walls of a lamb slaughterhouse

For years, we have been showing the world that slaughter is a cruel operation that causes extreme suffering. We observed various irregularities in this first investigation inside an Italian slaughterhouse: the lambs are caught roughly and wait their turn without being able to escape the sight of the killing of their peers. 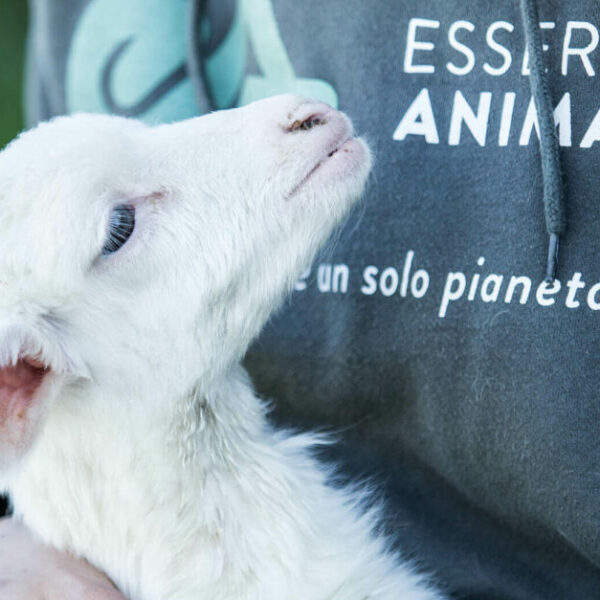 Support our campaign in defence of lambs

Support our campaign in defence of lambs