When they are loaded for transport to the slaughterhouse, the chickens are treated as if they were objects, kicked and thrown into cages. On a farm owned by a large Italian company that produces chicken meat, these abuses are carried out by workers from poor economic and social backgrounds, forced to load 48,000 chickens during an 8-hour shift, in sheds in which the air is unbreathable.

This is yet another way in which the cost of meat production is reduced, with a system that causes serious suffering to animals and requires people who are prepared to do the ‘dirty work’, sometimes exploited themselves.
Chicken meat is not cheap for everyone, some pay dearly for it.

The owner of the farm was driving the forklift and I spent the whole night loading chickens with eight foreign workers. I didn’t think that such a hard and alienating job could even exist. And the chickens? I’ve never worked undercover in a warehouse that handles goods, but I don’t think they would be treated with such contempt and carelessness. Here the animals are of no value, the only important thing is to finish as soon as possible and get some sleep.

Contrary to legal requirements, the workers are not trained in the proper handling of animals and grab chickens by one foot and then throw them into the cage. According to good handling practices, they should be gently picked up by both legs with one hand while the other supports the chest, ensuring that they are stable and do not flap about.
.

It is the animals who pay the highest price. Desensitised and brutalised by the frenetic pace of work, the workers vent their stress and frustration on the chickens. Some take them in their arms, hold them to their chest, kiss them and suddenly throw them on the ground. Others kick them around as if they were balls.

Manual collection of chickens can lead to dislocations, fractures, bleeding and other injuries to bones and leg muscles. In a Czarick study, 31.5% of chicken carcasses showed bruises on the back, chest, legs or wings.
INRA report on behalf of the French Ministry of Agriculture

Over 500 million chickens are reared in Italy every year. Watch our investigation that was broadcast on Tg1 to see the conditions on the farms.

Intelligent and very sociable, their cognitive abilities are similar to those of some mammals and primates.

They have a complex language composed of different sounds, enabling them to communicate different situations.

Chickens have an excellent memory and are able to transmit information from one generation to the next. 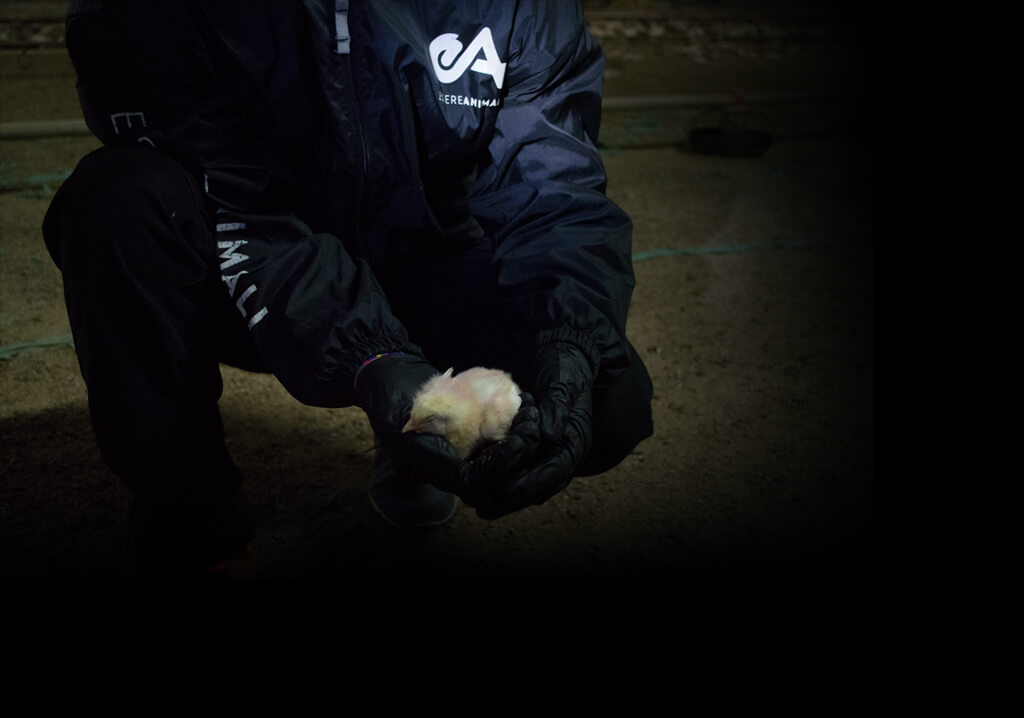