Victory at Regional Court: the mink farm will have to close!

Victory at Regional Court: the mink farm will have to close!

With the passing of the ruling, the Regional Administrative Court (TAR) of Veneto upheld the appeal that we had filed together with LAV against the establishment of a farm of 11,000 minks in Villadose, in the province of Rovigo.

The farm, which opened three years ago just one kilometer from the town centre, will have to shut down. 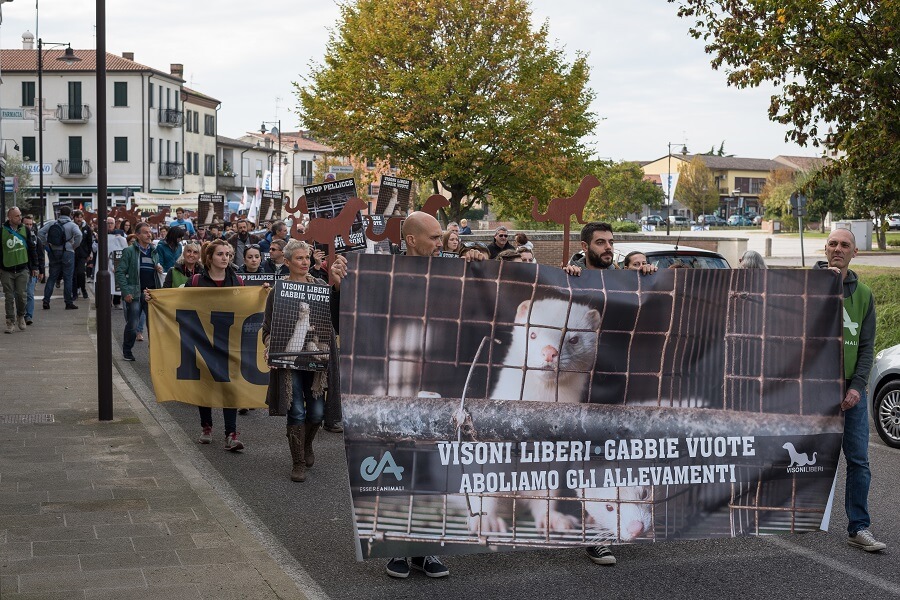 📷  The march organised in Villadose in 2016 in conjunction with the animal rights organisation LAV. © Essere Animali

The failings in the municipality that led to the victory

The ruling of the Regional Administrative Court (TAR) of Veneto considers the behaviour of the municipality to be incorrect.

In particular, the municipality did not classify the farm as ‘intensive’, thus avoiding the application of the rules regarding the distances of dwellings from livestock farms of this type stipulated in regional rules. However, the first houses are just 45 metres from the farm.

The appeal, which we filed together with LAV, showed that the manure and other waste produced by the mink farm was not disposed of in the fields and this is the main reason why, according to the law, the farm should be considered intensive. Consequently, the authorisation to change the use of the facility had to be stopped.

«The ruling of the TAR should serve as a stimulus for the government and parliament. In our country the number of farms has dropped dramatically and the fur industry is in crisis, thanks to the growing awareness among consumers.» (from our press release)

But that’s not all. The farm should have been categorised as an ‘insanitary industry of the first order’, so further hygiene and sanitary checks that the municipality did not carry out were required.

Finally, the municipality had initially requested an assessment of the olfactory impact of the farm but had subsequently decided not to obtain this, despite evidence that minks are responsible for olfactory emissions nine times higher than cattle.

By means of the appeal, we also demonstrated the risks associated with the spread of the American mink in the region, in addition to the environmental impact of these farms.

A new step towards the ultimate end of the fur industry

Thanks to the choices made by consumers, who are increasingly sensitive to animal suffering, the fur industry is in serious crisis.

Leading designers and numerous global fashion companies have already renounced the use of animal fur. The European scenario is also strongly in favour of a possible ban. As many as 15 European countries have banned fur farming or have regulated it so severely that it is actually impossible to achieve it.

With the forthcoming closure of the Villadose mink farm, our country is also approaching this target. Approximately twenty facilities remain active in Italy, mainly in Veneto, Lombardy and Emilia-Romagna.

Our organisation has long called for the introduction of a national ban on fur farming on ethical, scientific and social grounds. In Italy once again this year, almost up to the end of November, 145,000 minks were killed on farms.